Hazrat Syedna Pir Meher Ali Shah (R.A.) was a descendent of Hazrat Syedna Ghaus-e-Azam Shaikh Abdul Qadir Jilani (R.A) on father side as well as on mother side.

The fame of Hazrat Mehr Ali Shah’s debating skills and scholarly eminence had spread far and wide right from his student days. In course of time, prominent ulama from all schools of thought testified to Hazrat’s superiority in these fields, especially after the publication of his books on various subjects and also during his memorable battle against Qadianism.

More details on Hazrat Mehr Ali Shah RA will be posted in coming days but an important extract from book ‘Mehr-e-Munir’ is posted below.

Syed Jamal Allah is still alive because Ghaus-ul-Azam Syed Abdul Qadir Jilani R.A. prayed for his grandson’s eternal life (Hayat-e-Javed). He is famous by the name of Hayat Al-Meer (Zinda Pir). It is mentioned in books Khazina-tul-Asfia, Tuhfa-tul-Qadiria & Iqtibas-ul-Anwaar that

Ghaus-ul-Azam Syed Abdul Qadir Jilani (R.A.) was very kind to his grandson and used to say Hayat Al-Meer, ‘Son, When you meet Imam-e-Akhir az-Zaman Hazrat Imam Mehdi (A.S), Say my Salam to him’

2. Pakistan: A Country of Aulia Allah

In our area one Islamic city will come into existence which will become the center of all Islamic countries.

Same incident is also narrated by Baba Ji Irfan-ul-Haq Sahib, Syed Sarfraz A. Shah Sahib and Baba Yahya Khan Sahib in different interviews which are available on other posts of this blog.

Now an important link about Hayat Almeer is found, Carefully read below how events are occurring spiritually as well as physically.

9) All Saints/Aulia Allah told the Spiritual Importance of Pakistan.

10) And All Saints/Aulia Allah have said a ‘Leader’ will appear from Pakistan.

11) When Imam Mehdi AS will come, Hayat Al-Meer will say Salam to him which will be the Salam of  Ghaus-ul-Azam Abdul Qadir Jilani (R.A).

Allah Knows the Best, Allah Is The Greatest, Allah is the Best of Planners
*****
Same extract is also found in another book about Hazrat Hayat Al-Meer Sahib 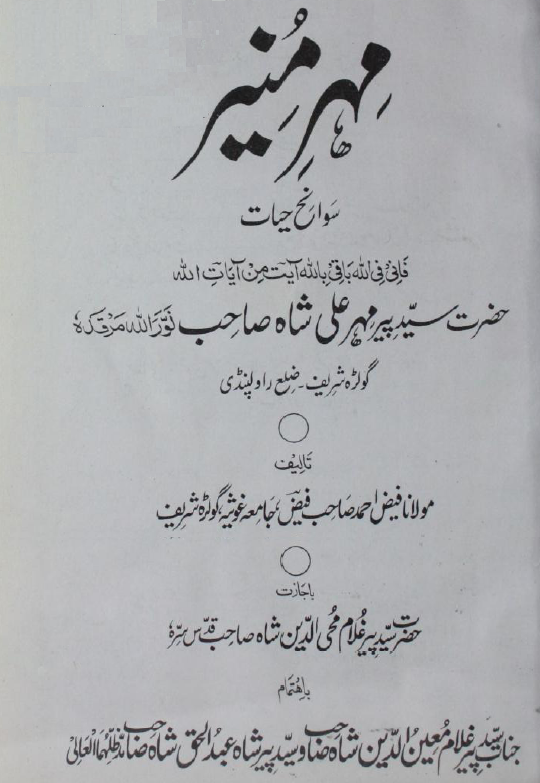