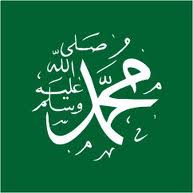 Holy Day of 12th Rabi-ul-Awwal (Eid Milad-un-Nabi S.A.W) and Kashmir Day have come on same day in this year. It indicates something important is going to happen soon. Below are some excellent articles published in Nawa-i-Waqt Newspaper related to 12th Rabi-ul-Awwal, Kashmir Day and Ghazwa-e-Hind.

This entry was posted in Ghazwa-e-Hind. Bookmark the permalink.