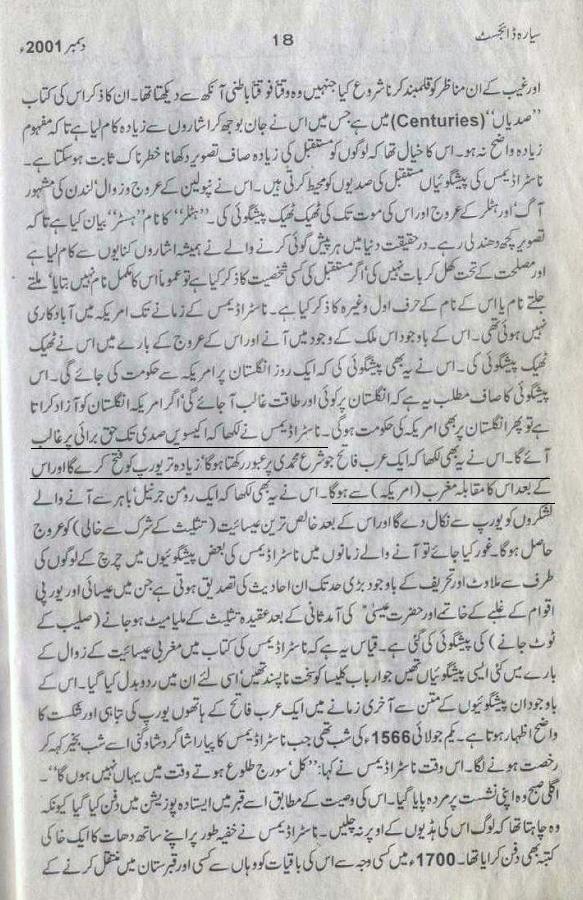 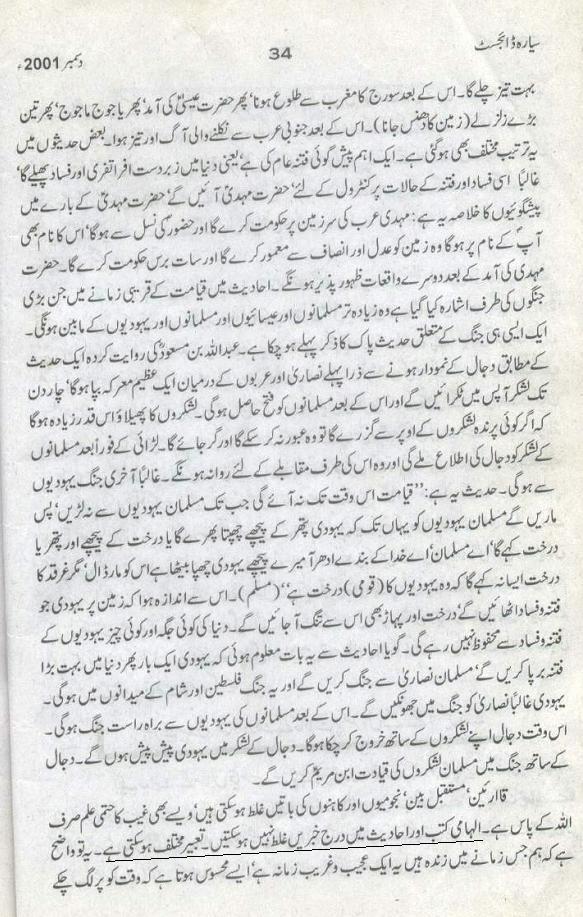 AN ARAB CONQUEROR WILL BREAK THE CROSS

[Page 20] This prediction says that in time of the last pope (Roman Peter), the Christian papacy will experience its demise and the institution of papacy will fall. The Vatican will be annihilated and the pope will have to flee the Vatican (in order to save his life) and cross over mounds and mounds of dead bodies. A similar prediction is attributed to Mother Shipton which dictates that an Arab conqueror will move towards the cross. Now it is evident that the Vatican symbolizes, and is foremost representation of the Cross and Christianity. Therefore this Arab Conqueror along with his army will desecrate and lay waste the powers of Europe and head towards Italy where the Vatican City is situated and will break this great symbol of polytheism (shirk) i.e. the Cross. Much blood will be spilt which is why it is said that the pope will have to escape across a field of dead bodies. The incumbent pope Paul John II has become very aged and it may be not be wrong to assume that dangerous changes in the world will surface possibly in the coming 5 to 6 decades time and it is highly probable that these events (Pope John Paul II fleeing Vatican, The Arab Conqueror breaking the Cross and ransacking Europe) will precede this period of 50 to 60 years.

Note: Above prediction of Nostradamus, St Malachy and Mother Shipton is translated to tell you that it seems to be copied from Muslim sources. Please read the Hadith below and decide yourself.

Hadith about Hazrat Essa’s (AS) arrival is present in Sahih Bukhari, Sahih Muslim, Masnad Ahmad and other major Ahadith-e-Mubarika Books.

“By Him in Whose Hands my soul is, surely the son of Mary (Jesus) will soon descend amongst you and will judge mankind justly (as a Just Ruler); he will break the Cross and kill the pigs and there will be no Jizya (i.e. taxation taken from non Muslims). Money will be in abundance so that nobody will accept it, and a single prostration to Allah (in prayer) will be better than the whole world and whatever is in it. ” Abu Huraira added “If you wish, you can recite (this verse of the Holy Book): — ‘And there is none Of the people of the Scriptures (Jews and Christians) But must believe in him (i.e Jesus as an Apostle of Allah and a human being) Before his death. And on the Day of Judgment He will be a witness Against them.” (4.159)